“Well, I’m going to build my own theme park, with blackjack and hookers. In fact, forget the park!” – Bender  (Futurama)

Both blackjack and hookers are pretty popular actually. Blackjack has long been one of the most popular casino games of all time. Hookers, well that’s said to be the world’s oldest profession. So both of these have a rich history indeed.

Gambling and pornography have both been kicked around quite a bit over the years, so called vices, and while things aren’t quite so prudish in the 21st century as in past ones, there are still folks who stick their noses up at either. These are two hugely popular things to do on the internet though. So why not have these two things team up, into a…blackjack pornography site? 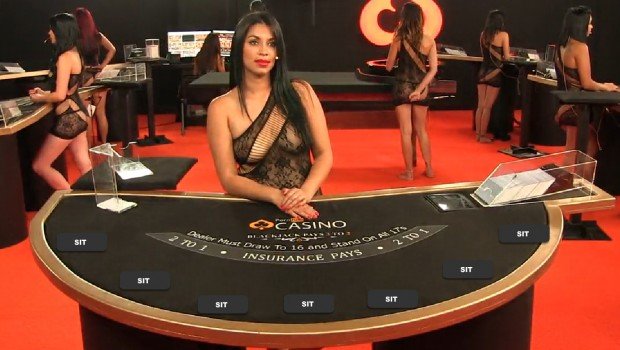 This just isn’t a matter of having your blackjack hands dealt by beautiful, naked women. That alone would be way to risqué for your run of the mill online casino, but we’re talking more bang for the buck in this case.

It’s known that one of the main problems that PH is dealing with is that visitors stay on site only for few minutes. Not a big surprise… By giving an additional product, they hope that the visitors will stay onsite a little longer.

Live dealer tables have increased the realism of playing online blackjack quite a bit, those are real cards being dealt to you in real time via a video feed. So now, we have the same thing but add some other real stuff in there. These are real ______ as well.

This is also an online casino though, and aside from the more inspiring live blackjack, you can also play other live casino games as well as the usual assortment of computer based slots and table games that you find at just about every other online casino site. Whatever you want to play, they have it, driven by instant play, leading edge software.

This is an necessary category.

This is an non-necessary category.